Manual therapy + movement for the masses

DTM in the Management of a Chinese Olympic Weightlifting World Champion

DTM in the Management of a Chinese Olympic Weightlifting World Champion

ADDENDUM: DTM was previously known as YAP. In 2018, a name change was in order. Pardon the confusion, but in the video, think of references to YAP as DTM.

In a country where Olympic weightlifting records are regularly set, and where Olympic lifters are recognized on the street in public, Li Yajun is a special lifter. In 2013, she broke onto the world stage by winning the World Championships of Weightlifting and earned a bronze in the same competition in 2014. In the Chinese National Championships in April 2016 she earned a berth to the the Rio Olympics. All eyes were on her at those Olympic games where she was favored to win gold. Disappointingly, in a controversial scoring for her first 123kg clean and jerk, one judge was not convinced that she was able to fully extend her left elbow on the lift. Miscommunication about that scoring and failure to complete  the subsequent 2 attempts at 126kg, resulted in a disappointing Olympics. While she did set a new Olympic record in the snatch at 101kg, in the video at this link, at 0:43, note the overhead position as seen from above.

What follows is an account of Dr. Justin Dean’s interaction with Li after he was requested to evaluate her while he was in China working with Chinese Olympic sprinting hopefuls. Li is currently in preparation for the next Olympic games in Tokyo.

This elite Olympic lifter had a primary complaint of low back pain that began in 2008 doing a clean and jerk during a competition. Pain was intermittent in nature and rated as a 5/10 on an oral pain scale. She also had a secondary complaint of left shoulder pain and difficultly locking the top of the overhead lifts. Pain in low back was located 1cm lateral the the PSIS. Pain was described as sharp and occurred during deadlift, and clean and jerk and overhead squatting.

These results parallel what we’ve seen in both athletes and in the lay public. If you are interested in learning more, the site is VERY affordable at $49.99 for a year’s membership. Also, it is totally RISK FREE since we offer a 30 day money back guarantee if you’re not stoked about the results you see with your patients and clients. CLICK BELOW TO CHECK IT OUT! 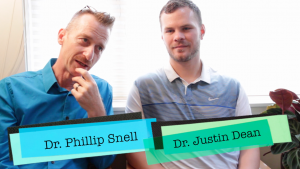 "I'll be honest...I was a bit skeptical"

These Unbelievably Low-Calorie Massage Cups Will Make You a Better Person!

Leave a reply Click here to cancel the reply